Let us go back to Terence Tao’s Solving Mathematical Problems, for another exercise. As done in a previous post, I would like to show an alternative solution to a problem the author proposes, that I think is instructive and considerably fast, once the appropriate perspective on the situation is taken.

Here is a picture that shows the initial situation.

I proceeded as follows.

The situation now should be like the one shown below. 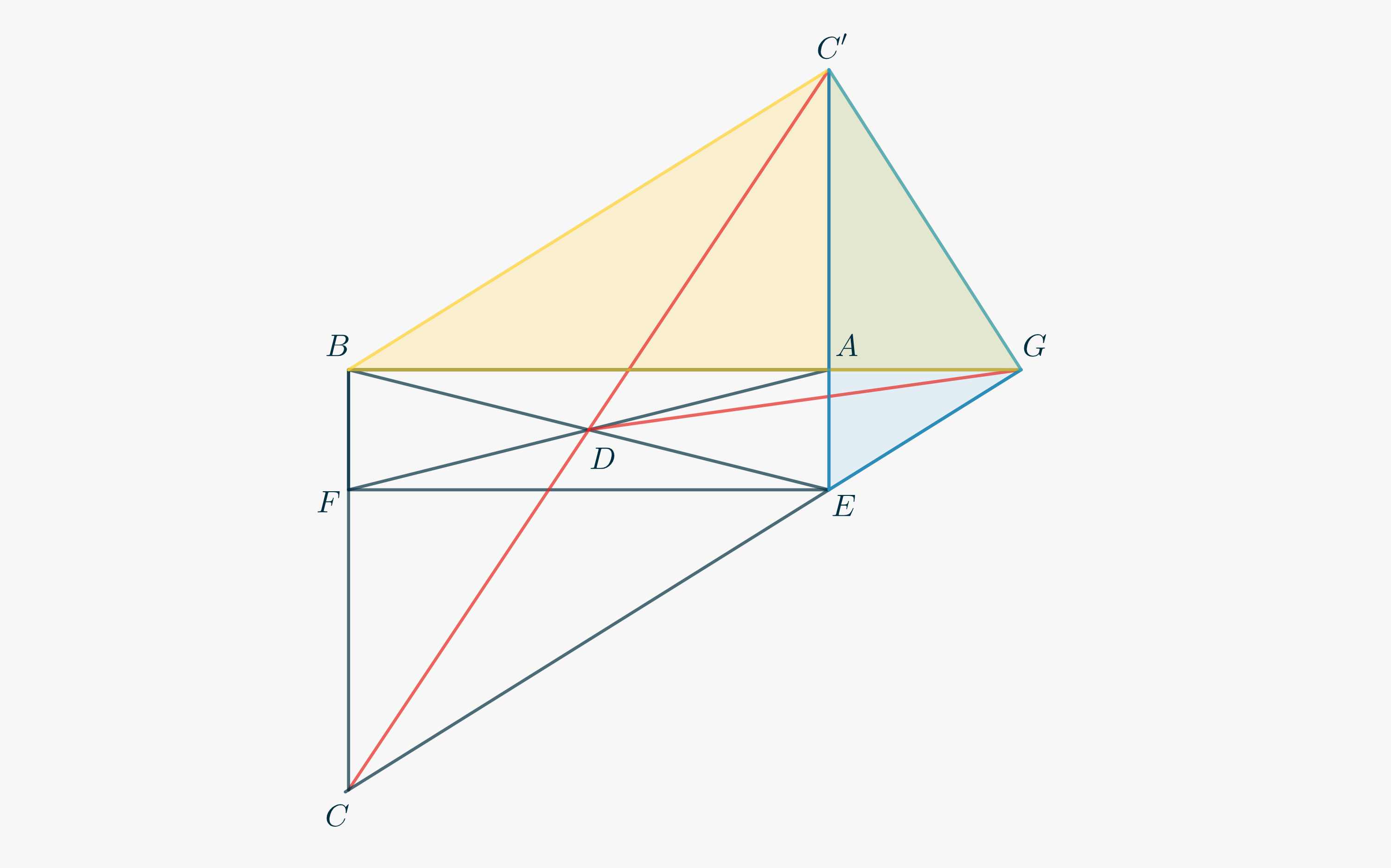 From what was stated above, the thesis is reached once we have proved that \(\triangle BC’G\) and \(\triangle C’GE\) are right-angled. Then, in fact, \eqref{eq3702:1} is a consequence of the Geometric Mean Theorem. How would you complete the proof? Read further if you need some hints.

Here is my approach.

This website uses cookies to improve your experience while you navigate through the website. Out of these, the cookies that are categorized as necessary are stored on your browser as they are essential for the working of basic functionalities of the website. We also use third-party cookies that help us analyze and understand how you use this website. These cookies will be stored in your browser only with your consent. You also have the option to opt-out of these cookies. But opting out of some of these cookies may affect your browsing experience.
Necessary Always Enabled
Necessary cookies are absolutely essential for the website to function properly. This category only includes cookies that ensures basic functionalities and security features of the website. These cookies do not store any personal information.
Non-necessary
Any cookies that may not be particularly necessary for the website to function and is used specifically to collect user personal data via analytics, ads, other embedded contents are termed as non-necessary cookies. It is mandatory to procure user consent prior to running these cookies on your website.
SAVE & ACCEPT